The country is the world’s top producer of the commodity, and although production is increasing while prices are rising — factors that usually drive a surge in forest clearing for new plantings — deforestation rates are down significantly, the analysis by palm oil supply chain mapping initiative Trase has found. 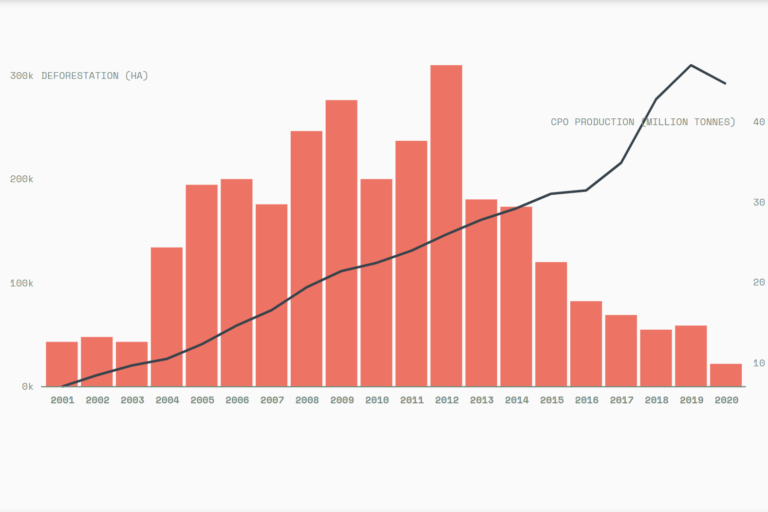 Experts attribute this trend to an increasing number of companies adopting no-deforestation commitments, and smaller companies without such commitments simply running out of forest to clear.

“This shows that Indonesia’s palm oil can be developed without deforestation,” said Timer Manurung, director of Indonesian environmental NGO Auriga Nusantara, which was not involved in the analysis. “So no-deforestation palm oil is not something that’s impossible.”

“Back in 2018, we didn’t see much evidence that exporters with zero-deforestation commitments were sourcing palm oil with dramatically lower deforestation footprint,” said Robert Heilmayr, an assistant professor of environmental economics at the University of California, Santa Barbara, who led the Trase research.

The analysis found that things have gotten better in recent years, with companies having more fully implemented their commitments and beginning to publicly disclose information about their supply chains.

“This is a really important result since it represents the first clear evidence of a link between zero-deforestation commitments and lower rates of deforestation on the ground,” Heilmayr said. 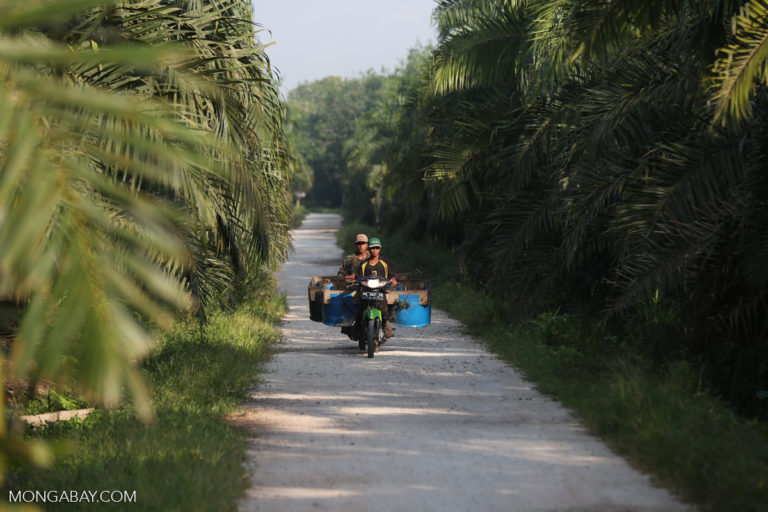 Laborers ride a motorbike in an oil palm plantation in Indonesia’s Riau province. Image by Rhett A. Butler/Mongabay.

One way that zero-deforestation commitments are driving greater sustainability in the sector is by encouraging companies to trace back their supply chains and open them up to public scrutiny, Heilmayr said.

The analysis found that palm oil refineries with traceability reports, which processed 87% of Indonesia’s refined palm oil exports in 2018-2020, are associated with lower deforestation risk.

“Indonesia has really taken a leadership role in adopting these standards in a way that doesn’t exist in other globally traded deforestation-intensive commodities,” Heilmayr said.

But there’s room for progress, particularly among smaller exporting companies that are growing rapidly, he said.

Heilmayr said some of the largest exporter groups — Wilmar, Sinar Mas, Musim Mas and Royal Golden Eagle — have seen relatively lower deforestation rate in their supply chains. But their combined market share has declined in recent years, from 68% of Indonesia’s total palm oil exports in 2015 to 59% in 2020, as new players establish themselves in the market.

Among the latter are companies like KPN Corp, Astra Agro Lestari and Citra Borneo Indah (CBI), which saw their share of the export market grow from less than 5% in 2018 to more than 10% in 2020.

“And some of these groups have the highest rate of deforestation per hectare,” Heilmayr said.

KPN, Astra Agro and CBI have all adopted zero-deforestation commitments, but each ton of palm oil that they export is 1.7 times as likely to be linked to deforestation as shipments from the bigger companies, the Trase analysis shows. It attributes this to the fact that the smaller companies export mostly to markets with less stringent traceability and sustainability requirements in Asia and Africa.

The same three companies are also the only corporate groups among Indonesia’s top 12 palm oil exporters that didn’t publish a traceability report in 2020.

“So lack of traceability might be why these groups have seen higher deforestation,” Heilmayr said.

The markets themselves present another opportunity to further tackle deforestation in the palm oil supply chain, the analysis says. Another room for progress is in the market itself, as some of the fastest-growing markets for Indonesia’s palm oil have weaker sustainability standards, less reporting and more deforestation risks.

Indonesia’s top palm oil export markets are China and India, while its domestic market consumes for 40% of its total palm oil production. All three markets also have weaker sustainability standards and fewer reporting requirements than markets such as the European Union or the U.S.

The Trase researchers estimated that a ton of Indonesian palm oil destined for the domestic, Chinese or Indian markets is 2.4 times more likely to be associated with deforestation than an identical volume exported to the EU. In fact, 97% of the palm oil that Indonesia exports to the EU, U.S. and U.K. comes from companies with zero-deforestation commitments, the analysis shows.

However, these markets bought only 9% of Indonesian palm oil in 2020.

Herry Purnomo, a scientist at the Center for International Forestry Research (CIFOR), said there’s simply not enough demand for sustainable palm oil in markets like China and India.

“We know that countries like China, Pakistan and India don’t really care about it,” he told Mongabay, adding it’s a similar situation in the domestic market.

“Domestic buyers are more concerned about whether a product is certified halal or not, rather than whether it’s certified by the RSPO [Roundtable on Sustainable Palm Oil] or the ISPO [Indonesian Sustainable Palm Oil],” he said. “So [the efforts] have to be from both sides, the producers and buyers. Agricultural products are buyer-driven. If the buyers require [sustainability], then the products have to follow [the demand]. If not, they won’t be bought.” 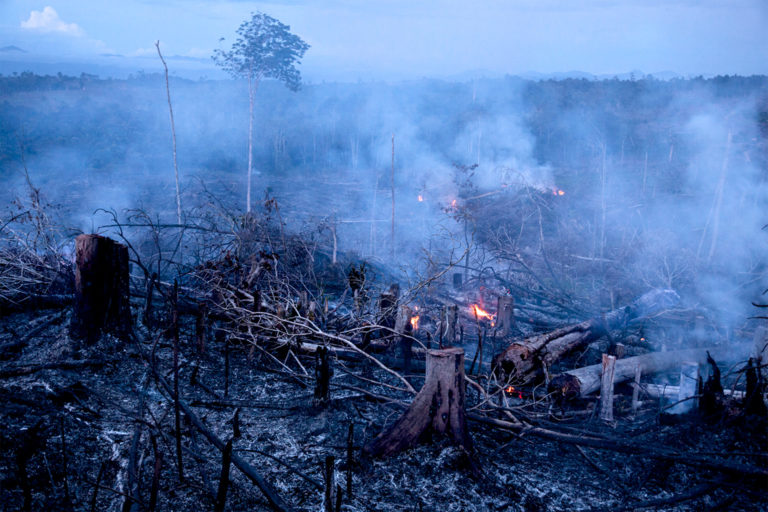