A controversial US$ 1.6 billion dam project backed by China and Dharmawangsa Group threatens extinction of the rare Pongo tapanuliensis orangutan.

5 March, 2019 - JAKARTA, INDONESIA – Mighty Earth.  The stage is set for a crucial showdown in a long-running battle to save a newly discovered rare species of orangutan from possible extinction at the hands of a planned US$ 1.6 billion hydroelectric dam project. The state administrative court in Medan ruled yesterday in narrow terms that it would not halt the construction of the dam.  In the wake of that decision, a coalition of Indonesian organizations and international leaders are calling on the government to cancel the dam project and protect the ecosystem for the long term.

The proposed dam project, being constructed on the Batang Toru River, North Sumatra, by Chinese hydroelectric giant Sinohydro with financing from the Bank of China threatens the newly discovered Tapanuli orangutan species, as well as thousands of local people whose livelihoods will be put a risk. 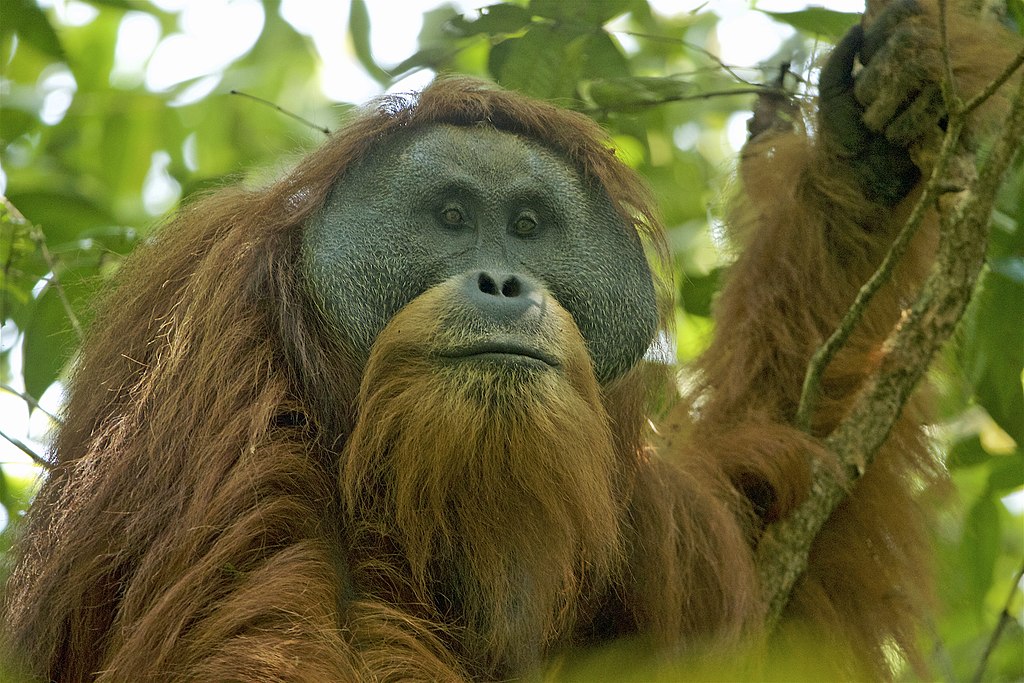 The Tapanuli orangutan was only identified as a new species in 2017, the seventh great ape species in the world. Despite being newly identified, it is already perilously close to extinction with a population now numbering less than 800 individuals. It is estimated that the population has almost halved since 1985, and that it will continue to decline unless comprehensive protection measures are implemented.

The US$ 1.6 billion hydroelectric power plant, the largest on the island of Sumatra, is scheduled for completion by 2022. However, the dam was planned before the identification of the Tapanuli orangutan – meaning the environmental planning process didn’t consider the risk of extinction to this species.

The ownership of the project, considered part of China’s Belt and Road Initiative, is a maze of overlapping Indonesian and Chinese entities, Chinese finance, and the Chinese state-owned company Sinohydro.

“Chinese investment has the potential to do a lot of good, but this project risks tarring the reputation of the Belt and Road Initiative,” said Panut Hadisiwoyo, Founding Director of the Orangutan Information Centre (OIC). “We hope that the Chinese government will reconsider this project in light of the discovery of the Tapanuli orangutan: can you imagine a foreign-funded project that threatens the Giant Panda with extinction ever being approved?”

One potential beneficiary of the dam is the nearby the Martabe gold mine, which is currently set to expand further into Tapanuli orangutan habitat. The mine is owned by a subsidiary of the giant British conglomerate Jardines Matheson, which has previously been criticized for its palm oil subsidiary’s tens of thousands of acres of deforestation of Sumatran orangutan habitat.

“Jardines has already profited from destroying tens of thousands of acres of Indonesian forests, and now it’s trying to mine gold that would forever be linked to the deaths of Tapanuli orangutans,” said Glenn Hurowitz, CEO Mighty Earth, an organization that has urged Jardines to help protect the Tapanuli. “Nobody wants to buy a gold necklace or wedding ring that is associated with killing an endangered species.”

The Dharma Hydro company, part of the Dharmawangsa Group, is also linked to the project. Dharma Hydro is the largest shareholder in North Sumatra Hydro Energy (NSHE), the company behind the dam project. Paradoxically, even as it helps develop a dam that would inundate habitat of the world’s rarest great ape, the Dharmawangsa Group is marketing a new resort it is developing on the island of Beilitung as an “eco resort.”

Environmental assessments have found that the construction and operation of the dam and power plant will also threaten the livelihoods of thousands of downstream local residents who rely on the river’s ecosystem for their survival for fisheries, agriculture, transport, and daily water needs.

“The Indonesian government spends millions of dollars on advertising to promote our natural treasures through the ‘Wonderful Indonesia’ campaign,” said Hardi Baktiantoro from Center of Orangutan Protection, who also joined the interview. “President Jokowi should protect that investment by focusing on responsible energy and infrastructure projects that can meet our power needs while protecting Indonesia’s wildlife.”

These enormous threats likely would come with few benefits. The dam has among the lowest benefit-to-cost ratios of any planned hydro-energy project in the region. It would operate only during peak times and carries a projected cost of over US$1.6 billion.  NSHE is also planning to build the dam in an area of intense geological activity, putting the project and surrounding communities at risk of earthquakes with potentially catastrophic consequences.

Reports have documented that there is no pressing need for the energy that would be produced by the dam and shown that there are viable alternatives for energy production in the region. For example, the nearby 330 MW Sarulla geothermal project produces clean energy and can be upgraded to 1 GW if needed to meet the flexible or peak load power needs the dam is supposedly designed to address – and all without posing a risk to the Tapanuli orangutan.

“Indonesia can meet its infrastructure and energy needs without threatening the Tapanuli orangutan or wasting massive amounts of money on the Batang Toru dam – there are options for geothermal, solar power, or even smaller, less expensive and damaging hydro projects,” said Arrum from Sumatran Orangutan Conservation Programme. “Ultimately, it is going to be us, the Indonesian people, that will have to pay back this enormous loan in our electricity bills”.