- An international team of experts says it’s possible to sue environmental and wildlife offenders for the damage they inflict upon ecosystems and biodiversity and seek compensation to help restore what has been lost.

- Several countries, including Indonesia, the Philippines, the Democratic Republic of Congo, and Mexico, already have legislation that allows for this “conservation litigation,” experts say.

- However, conservation litigation is not commonly used due to a lack of understanding about its feasibility, and the difficulties of coming up with defensible, scientifically robust remedies for environmental and wildlife crimes — but experts say they hope this litigation is used more frequently in the future.

Gibbons, hornbills, komodo dragons and even Sumatran orangutans — these are just a few of the animals once kept illegally behind bars at a small zoo in North Sumatra, Indonesia. In 2019, police raided the zoo for operating and keeping protected species without appropriate permits, and the facility eventually closed down. More than a year later, the North Sumatran chapter of the Indonesian Forum for the Environment (Walhi), one of the country’s largest and most active NGOs, filed a lawsuit against the zoo. But this lawsuit was far from ordinary.

In Indonesia, like in many parts of the world, convicted perpetrators of wildlife crimes tend to be punished with relatively short prison sentences and fines that usually don’t exceed a few thousand dollars. But the team at Walhi, which collaborated with the Legal Aid Institute (LBH) in Medan, the North Sumatra provincial capital, filed a civil lawsuit against the zoo to demand much more: they want the offenders to repair the harm they caused to biodiversity by illegally possessing and displaying these protected animals.

The lawsuit demands that the zoo pay for the long-term care and rehabilitation of the formerly captive Sumatran orangutans (Pongo abelii), which are a critically endangered species. Additionally, it’s asking for the zoo to fund patrols and scientific monitoring of the region’s remaining orangutan populations, to finance a program that educates the public about the illegal wildlife trade, and to publicly apologize for its wrongdoings. The total bill for these remedies would come up to around $70,000, according to Walhi.

“We will sue zoos that are alleged to be illegally keeping protected and endangered species,” Alinafiah Matondang, a lawyer with LBH Medan, said in a statement. “We will hold companies and zoos accountable for repairing the damage and losses they cause.” 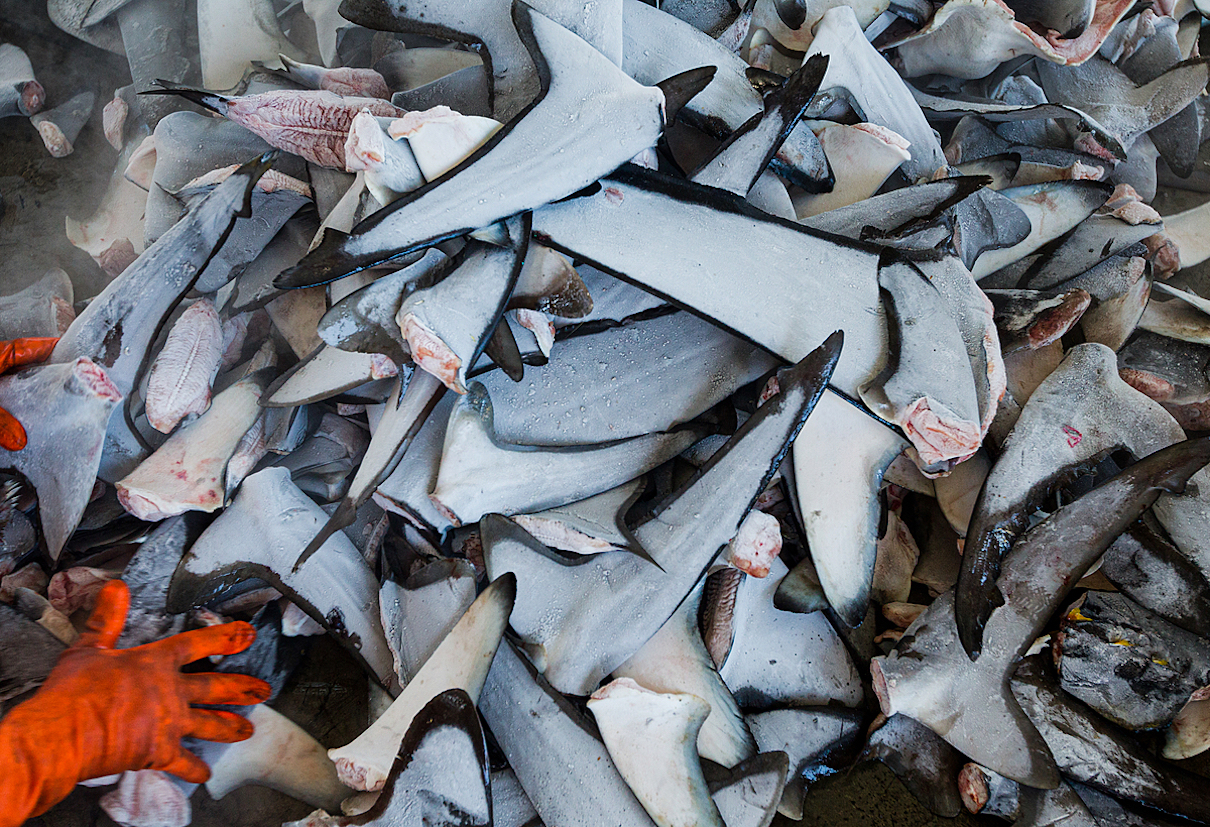 ‘A scenario that requires remedies’

Jacob Phelps, an environmental social scientist at Lancaster University in the U.K., says the lawsuit is a prime example of how the law can be used to try and hold offenders accountable for the damage they cause to biodiversity, including the illegal trade of wildlife. He said this legal approach is somewhat analogous to the 2010 Deepwater Horizon oil spill, in which U.K. oil company BP was charged more than $18.5 billion to help restore the ecosystems in the Gulf of Mexico that had been severely damaged.

“The [Indonesian] lawsuit is a big deal,” Phelps told Mongabay. “It’s only the second civil lawsuit we know of this kind that’s actually seeking remedies for harm as a result of illegal wildlife trade.”

Phelps says the first known lawsuit of this kind was filed in 2018 against four men accused of poaching endangered fish in France’s Calanques National Park. The men were ultimately convicted and ordered to pay more than $550,000 to compensate for the ecological harm they caused. However, Phelps says the Walhi lawsuit is the first civil lawsuit for the illegal wildlife trade coordinated by citizens rather than a government body.

For the past three years, Phelps has been working with an international team of lawyers, conservationists, economists, and other experts to raise awareness about this kind of litigation. He and his team also provide an array of resources for those wishing to pursue similar lawsuits, not only for wildlife crime, but also for other environmental violations. They even came up with a term for it: conservation litigation.

This kind of litigation draws more on civil law rather than criminal law, although criminal charges can be pursued at the same time. In a civil court, one person tends to sue another for some kind of action that caused harm, whether it be property damage, injury or even death. Compensation is then demanded for the damages incurred. But in the case of conservation litigation, plaintiffs are suing another party not for harm to themselves or their personal property, but for damage inflicted upon wildlife or ecosystems. Phelps says these civil lawsuits are more appropriate for repeat offenders and those organizing and financing crimes, rather than low-level offenders.

In a new paper published in Conservation Letters, Phelps and colleagues say this kind of environmental liability litigation is “virtually absent from practice across much of the Global South, including in many biodiversity hotspots.” But if this kind of remedy-focused liability litigation is able to be used, they say, it can be an “important conservation strategy that creates new avenues for justice, and financial support for conservation.”

“From a conservation standpoint, I think it’s pretty clear,” Phelps said. “When you are causing harm to critically endangered species, threatened and protected species, this is very likely a scenario that requires remedies.”

Maribel Rodriguez, a conservation lawyer based in Brussels who works alongside Phelps on the conservation litigation project and coauthored the new paper, agrees that this kind of litigation makes sense for environmental and wildlife crimes. 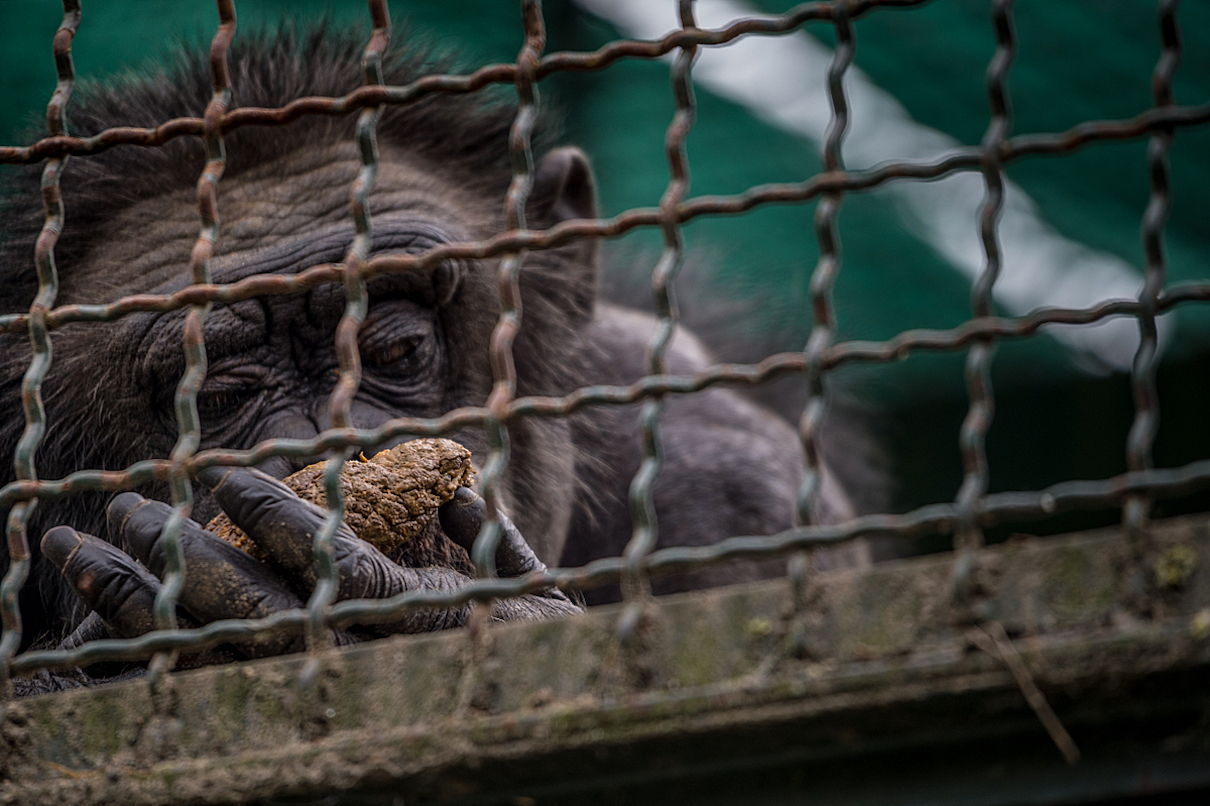 A chimpanzee in a zoo in Croatia. Image by Jo-Anne McArthur.

‘Laws we already have on the books’

Phelps says many countries — including Indonesia, the Philippines, the Democratic Republic of Congo, and Mexico — already have legislation in place that makes conservation litigation possible. The Rio Declaration, adopted at the 1992 U.N. Earth Summit, also encourages the development of this kind of legislation in one of its guiding principles, saying that “states shall develop national law regarding liability and compensation for the victims of pollution and other environmental damage.”

“Our solution to environmental governance is always that we need more better, stronger laws,” Phelps said. “And actually, I’m increasingly convinced that we do not need more better, stronger laws — we need to actually start investing resources and understanding how to use and implement — meaningfully implement — the laws we already have on the books. We’ve got so much legislation that is not used for lots of different reasons.”

Phelps points to two likely reasons why this litigation isn’t commonly pursued. The first is that experts may simply not know how to use the law in this way. Rodriguez says she herself was not fully aware of the possibilities of conservation litigation, and initially believed this kind of liability was impossible. While she now realizes the potential of this litigation, she says other legal experts may still have reservations.

Phelps says it’s also likely that conservation litigation is not used for wildlife and environmental crimes since remedies are not codified in the law. Instead, ecologists and conservationists need to be consulted for each case to come up with appropriate remedies that are “scientifically robust” and “defensible in court,” Phelps says.

In the new paper, Phelps and his colleagues present a hypothetical case of a seasoned wildlife trader caught with an illegally procured infant Bornean orangutan (Pongo pygmaeus), another critically endangered species. The preferred approach, albeit the more difficult one, is to “quantify the orangutan’s value by identifying and valuing the ecosystem goods and services it provides,” rather than seeking compensation based on the animal’s value in the black market, they say. Remedies could include rehabilitation, the protection of wild populations, and habitat restoration, all of which come with a price tag. But the paper says that plaintiffs can also demand non-financial remedies like public apologies, which is what Walhi is doing in its lawsuit against the North Sumatran zoo.

“That approach meant that we ended up with a much more ambitious view of what we expected from our legal systems,” Phelps said. “And what we found in Indonesia, and in a lot of other countries … is that the law can probably work for us in much more meaningful ways than we’ve given it a chance to do in the past.” 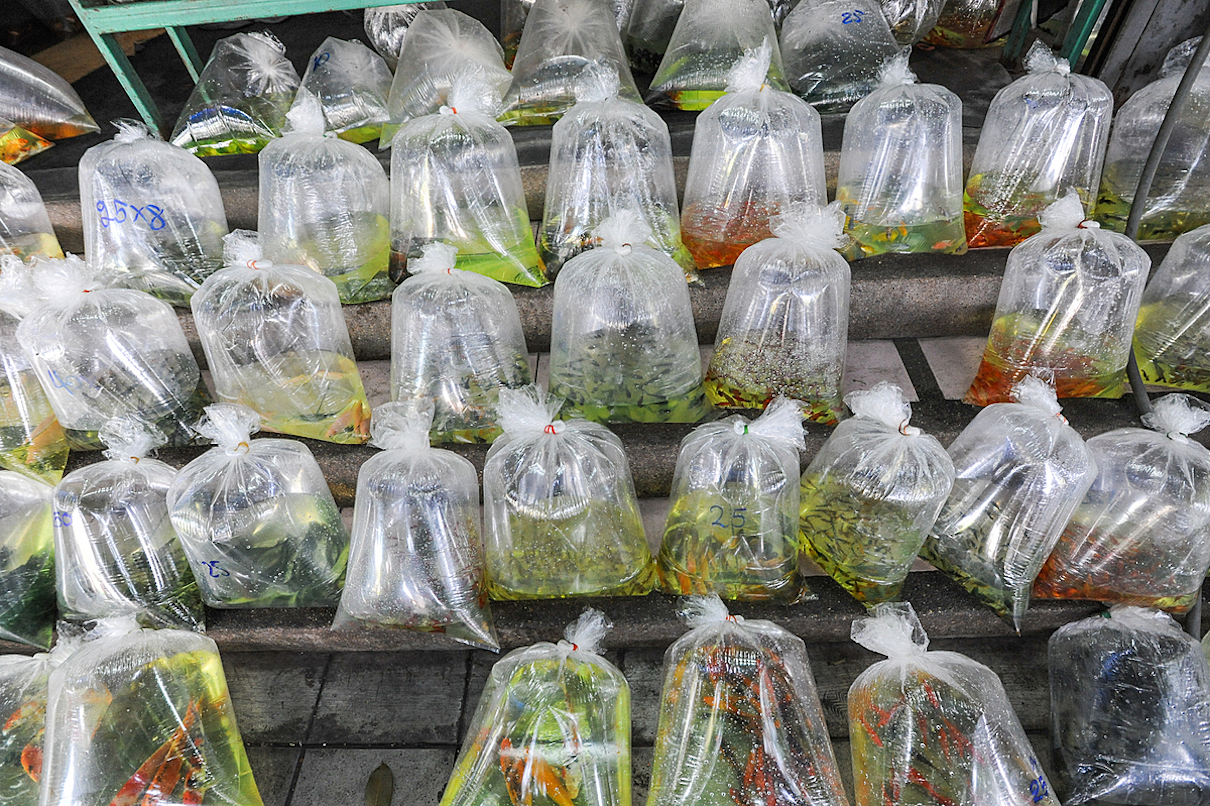 Fish and other sea life at Chatuchak Market in Thailand. Image by Jo-Anne McArthur.

‘We never thought to try this’

On a newly launched website, Phelps and his team highlight several global examples of successful conservation litigation. These include the wildlife crime lawsuits involving Calanques National Park and the North Sumatran zoo, and also a couple of lawsuits against environmental crimes. For instance, there was a case in 2015 in which Costa Rica sued Nicaragua for damaging its wetlands in the San Juan River while transgressing its border, and Nicaragua had to pay compensation for the environmental damage it caused. There was also a successful case in 2012 in which Indonesia’s Ministry of Environment filed a lawsuit against palm oil company PT Kalista Alam for the illegal burning of peatland forest in northern Sumatra. The palm oil company was ordered to pay more than $25 million to help restore the damaged land.

Phelps says the Kalista Alam case is actually what inspired him to start his project on conservation litigation, which ultimately aims to help others use the law in similar ways to fight both wildlife and environmental crime. Since the project’s launch, Phelps says he’s already received positive feedback from many individuals within the conservation community. Several parties around the world have asked for the team’s assistance in preparing damage claims for new lawsuits.

“[Conservation litigation] is not one of the tools that have been considered in the toolset,” Phelps says. “And the responses that we’re getting across the board actually are overwhelmingly positive. And the answer is pretty much the same: ‘We never thought to try this.’”

Article posted by Elizabeth Claire Alberts on 10 June 2021 on Mongabay: