International Orangutan Day is celebrated each August 19th! It is a momentous day that highlights the orangutan and acknowledges the hardships that impact their ability to survive in the wild. One of their hardships is the conflict they face with an encroaching human population.

As orangutans continue to lose habitat, human-orangutan conflict is an ongoing problem in the areas surrounding decreasing rainforests. However, conservationists work hard to develop strategies to mitigate this conflict.

Orangutans are found within the Indo-Malay archipelago on Borneo and Sumatra. Throughout these islands, there are three separate species of orangutan: the Bornean Orangutan (Pongo pygmaeus), Sumatran Orangutan (Pongo abelii), and Tapanuli orangutan (Pongo tapanuliensis). As a result of population decline, each orangutan species is classified as critically endangered under the International Union for Conservation of Nature (IUCN) Red List (IUCN, 2022). Many factors contribute to orangutan population declines, such as logging/deforestation, palm oil plantations (Voigt et al., 2018), and the illegal pet trade (Stiles et al., 2016). Human-orangutan conflict is another issue that can promote orangutan deaths and significantly impact orangutan population stability. Since human-orangutan conflict is a growing problem, it is crucial to know why it occurs and how to prevent it.

Human-orangutan conflict develops due to interactions between humans and orangutans. To better describe these interactions, researchers have defined "conflict" as "a negative interaction involving actual or feared harm, damage or interference with activities" (Davis et al., 2013). Generally, the conflict between orangutans and humans is motivated by limited access to space and shared resources. However, other reasons can motivate conflict. For instance, a 2013 study interviewed villagers from 476 villages in Kalimantan (e.g., a region of Borneo) and found that the most common reason people reportedly shot an orangutan was fear or self-defense (Davis et al., 2013).

Furthermore, while orangutans are known to be seclusive in the rainforest, human-orangutan conflict has become more common with decreased habitat. Lack of habitat inevitably forces orangutans to journey out of the rainforest in search of food, where they may raid local's crop fields (Campbell-Smith et al., 2012). Ultimately, given the orangutan's extremely low annual reproductive rate (Utami-Atmoko et al., 2017), any increase in orangutan death rate is particularly impactful to orangutan recovery (Davis et al., 2013).

Conservationists continue studying methods that minimize human-orangutan conflict to combat orangutan deaths. For instance, covering crops with simplified tree nets (Figure 1a; Campbell-Smith et al., 2012) and educating locals about how to respond to wild orangutans (Figure 1b; Sherman et al., 2020) are feasible solutions that could save orangutans from death. Although to create effective management plans and encourage co-existence, it is critical to conduct follow-up research that provides insight into how these methods impact the lives of locals and orangutan population recovery (Davis et al., 2013). It is also essential to know that funding is going toward conservation strategies that work, and profitability analyses can only accomplish that by closely monitoring the overall efficiency of management plans. Recent research supported this idea by using cost-benefit analysis to show that protecting habitat, educating the public, and patrolling properties are orangutan conservation strategies that have presented the greatest return from investment over time (Santika et al., 2022). So, by monitoring the progress of a human-orangutan conflict mitigation plan, future researchers can discover the most cost-efficient and effective strategies for saving orangutans. 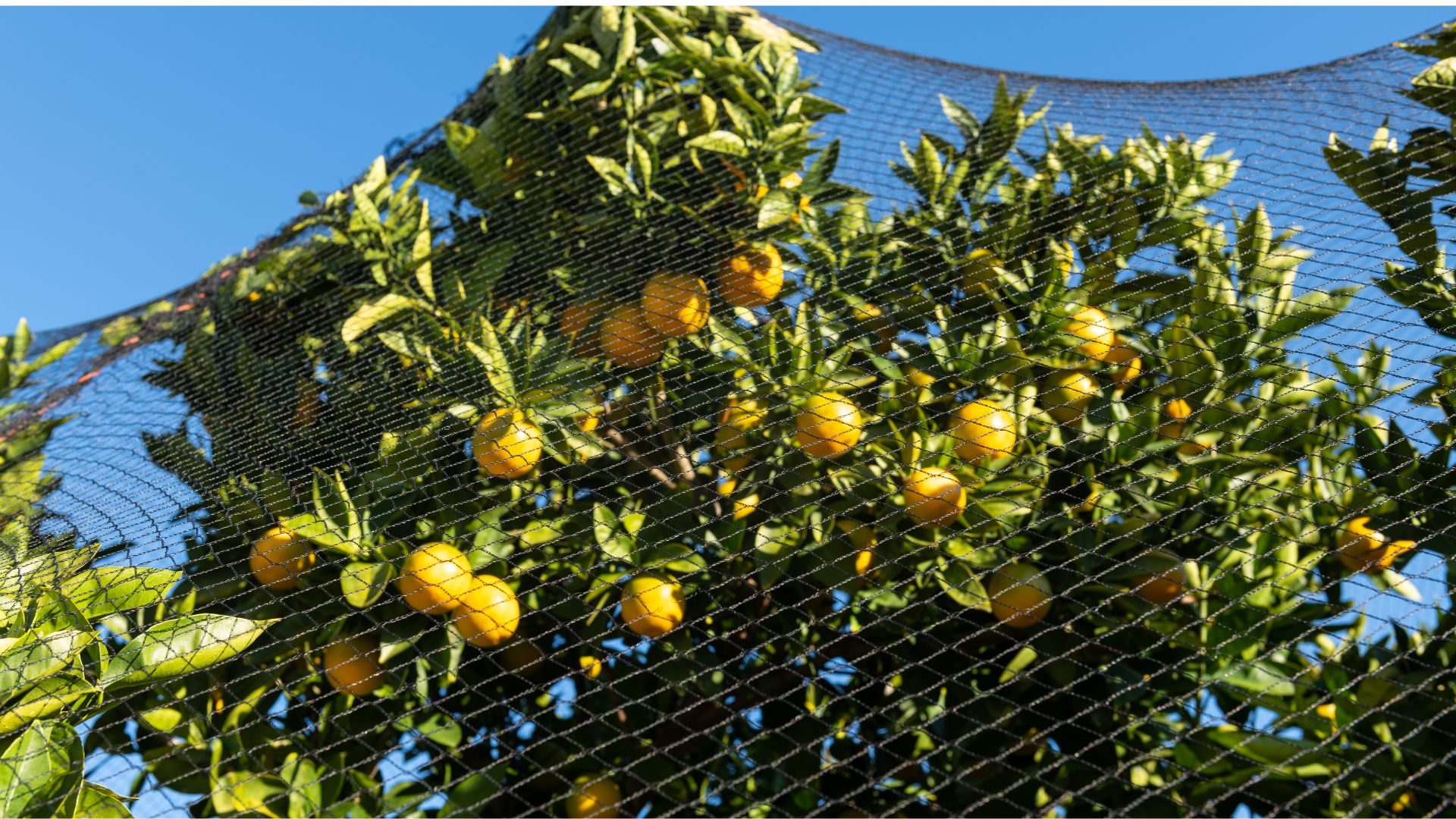 Fig. 1a: A tree net used to protect crops. These nets can deter orangutans from raiding the crops of local farmers and, therefore, prevent human-orangutan conflict.

Fig. 1b: Educating locals about orangutan protection is a crucial component to building coexistence between orangutans and nearby villagers. 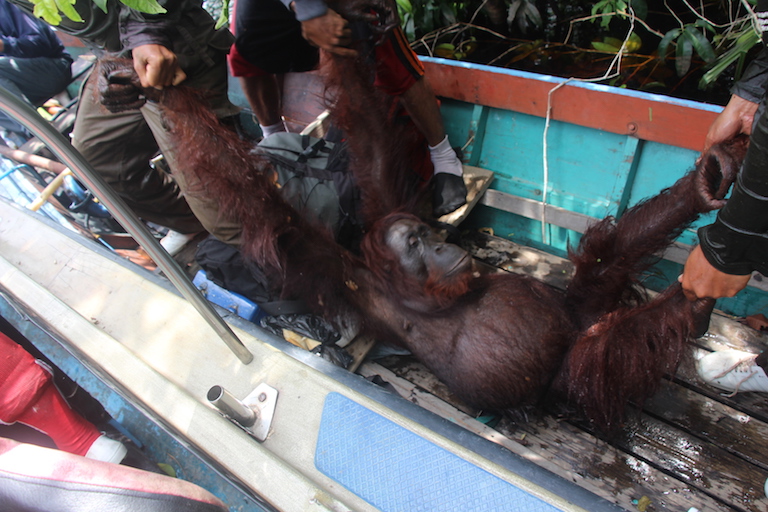 Figure 2:Retrieved from MongaBay News website (Photo by Melati Kaye). “Rescuers from the Bornean Orangutan Survival Foundation bring a female orangutan onto their translocation boat in Indonesia. After a checkup, the team will place the animal in a metal cage for transfer to a different forest, nine miles away”. Reposted with permission.

Figure 3: Retrieved from a 2020 study on translation (Sherman et al. 2020), this graph depicts an analysis of reasoning for Borneo orangutan translocation in Kalimantan, Indonesia over a ten-year period. Results of this study indicate that potential interactions with humans were the main factor that led to orangutan translocation over that period. Notably, a huge rise in translocation occurred in 2015 due to extensive wildfires in the region, which destroyed standing trees and limited food sources for wild orangutans.

Orangutans are incredible animals, and everyone should be encouraged to look at ways to help all three species of orangutans. By supporting their conservation, orangutans can continue to be studied, and researchers can further develop management plans to stabilize orangutan populations. International Orangutan Day is an excellent opportunity to learn about orangutan population recovery and publicize orangutan conservation efforts. Furthermore, the international celebration falls on the same day as World Humanitarian Day! Thus, August 19th has become an eventful day where we can celebrate the magnificent orangutan and acknowledge the dedicated humanitarians who work to stabilize their existence.