By Becky Keller, Orangutan Coach - He asked me what I had planned for tonight…if I had dinner plans. It was an innocent question. I was in Trader Joe’s, and he was the cashier…enough years my junior that there was no question as to whether the question was a pickup line or just a pleasantry to engage in conversation while he rang up my groceries. 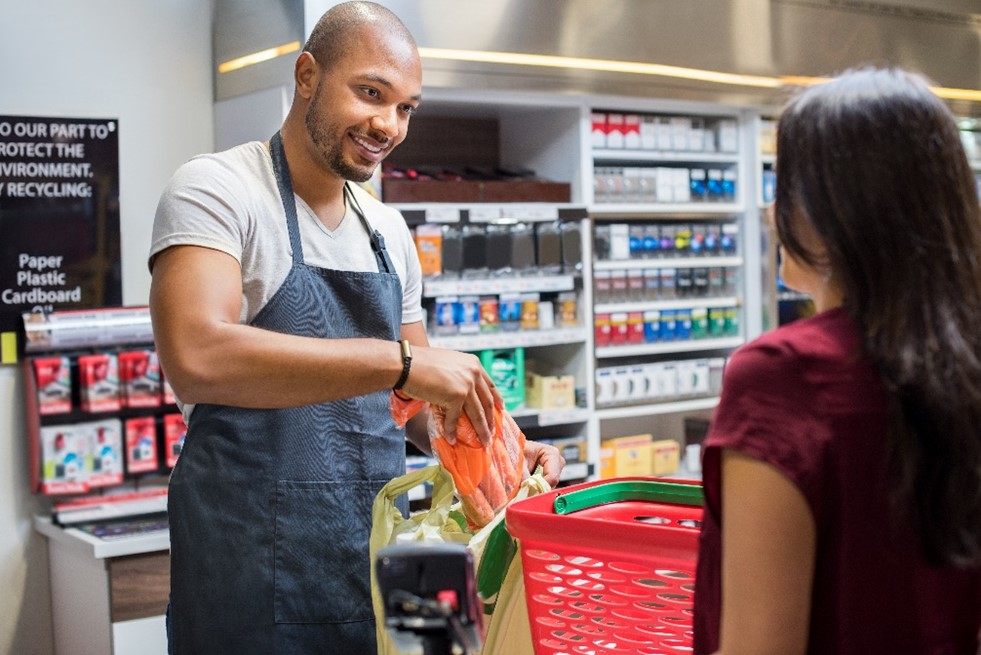 I told him I was in the process of writing a couple of books and I was going to write some on one of them, then do so some Qigong later that evening. I could tell something about that caught his interest as he asked me more questions.  He was interested in the books I was writing.  By this time there was now a bagger in front of me. He also started listening to our conversation while carefully placing items into my bags.

I told them both I was an Orangutan Coach, and one book was about coaching and the other book was about the life and death of my 34-year-old daughter who had passed away due to breast cancer. That book was part of my way of fulfilling a promise to my daughter to pass on all our family traditions and things about my daughter’s life to her daughter, my then 5-and-a-half-year-old (the half years are important when they are five) granddaughter. I could tell both books were equally interesting to them, as they both politely expressed their condolences at the loss of my daughter. To let them know the conversation didn’t have to “go there”, I quickly explained I could only write about my daughter while I was home alone due to the emotions that came up,

They asked me about the Orangutan Coach book and whether I had worked with orangutans before.  I explained the “summary version” of my orangutan experience, my volunteer time and being a life coach.

As the cashier continued ringing up the items from my basket, one by one, all the while asking me pertinent “bagging” questions like “do you want your water bottles in a bag or can I leave them in the cart?” – he began to share his own background, letting me know that he only worked at Trader Joe’s one day a week. His full-time job was driving one of the tour buses at the zoo that take people all around the zoo to see the animals.  He let me know that he had a master’s in biology with special areas of expertise noted in conservation and other areas. The bagger chimed in he had also started at the University of California San Diego majoring in Biology but had to drop out due to finances and other issues.

The cashier (I never did get his name) asked me questions and told me of career plans he was thinking about and hoping for through the zoo. He told me of opportunities he had to learn more about the zoo in different areas. I encouraged him to ask questions while working there and keep an eye out for more.

By now, he was done checking me out, the bagger had bagged all my items, putting them neatly in the basket ready for me to take to my car.  The cashier continued to talk with me. I continued to listen and ask him questions expanding on what he was describing. I mentioned a few other opportunities he could research if he was interested in finding out more about his career field interests. The bagger had already been summoned away to another register and appeared to reluctantly bid us farewell as the cashier and I continued our conversation.  My groceries were quite done at that point.  We oddly enough had a few minutes to continue our conversation before the next customer pushed their cart up to his cash register signaling there was work still to be done and our conversation needed to come to an end. He thanked me for the enjoyable conversation as he pulled the next basket closer to his cashier so he could begin another checkout.

This unnamed cashier and even the bagger…they inspired me.  I love it when people tell me about what they are doing, what brought them there, what they want to do next and the challenges they are encountering in navigating through all that scenario.  I just can’t not listen and try to help them.  Those types of conversations quickly become very real…very authentic.  I can tell when someone is being genuine and telling me about something in their life. The tone of their voice, the expression on their face, the look in their eyes, the speed at which they are expressing their self during our conversation.  Sometimes when they are talking fast it can be an expression of the same amount of sincerity and passion of another person who is methodically expressing himself slowly as if to gauge every word as a treasure.

As encounters go, it would be considered brief. As grocery store checkout times go, it would be considered long.  As a coaching session goes….well…it is what it is. Unscheduled, unplanned, but seemingly productive for the cashier. I even gave him a “lead” to which he could pursue if desired to discover more or go more in-depth into what he was considering as a future career. He expressed his appreciation for me taking the time to talk with him about his opportunities. He seemed inspired and willing to think further about what we had discussed.  I know he inspired me.

Those “encounter coaching” moments can be the best. I just can’t help myself from engaging and connecting with random people in that manner. I willingly talk to people when given the opportunity.  I may get that from my dad.  Growing up, I remember my dad talking to random strangers everywhere and every day.  Of course, I grew up in the Midwest during different times, and in a small town. That influence is part of what makes me the way I am.

Authentic conversations work every time. They are genuine. They connect us as a demonstration of people who are willing to take the time to look each other in the eye when talking - to really see the person with whom we are conversing. It’s an act of caring about others, even if it’s only in the checkout line of a store. It matters without having to state it at the time.

That’s part of what sets humans apart from other primates such as orangutans. Looking an orangutan directly in the eyes is usually not encouraged as it could be considered as a threat.  To demonstrate caring for orangutans, humans must find different ways of expressing or showing our concern. Caring must be demonstrated in a different way with our tree-dwelling relatives. What IS the same, however, is that showing how much we care takes a moment. It is a moment in time and space that matters. It may even matter more to the ones who would rather look away – regardless of primate species. Be assured though – those connections matter whether they take place in a store checkout line or deep in the rainforests of Borneo where the orangutans live. Caring Counts and moments matter. 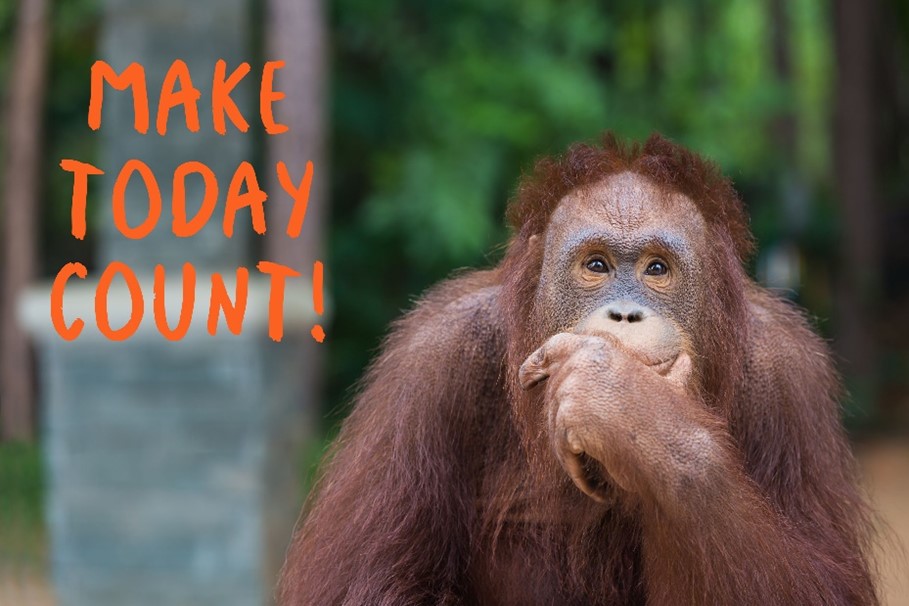