Indonesia to push for mine rehab, reforestation after deadly floods

- The Indonesian government plans to reforest watershed areas in the Bornean province of South Kalimantan and compel coal-mining companies to rehabilitate their concessions there in response to recent deadly floods.

- Pit mines have degraded large swaths of the region’s watershed, undermining the ability of the land and rivers to absorb heavy rainwater runoff, which activists say exacerbated the scale of the floods.
- While the environment minister initially denied this, her office has now indicated it was aware of the problem at least five years earlier and will do more to get companies to rehabilitate their abandoned mining sites.
- Even if it succeeds, however, experts agree that, given the current state of technology, restoring forests from abandoned mining sites is unrealistic in any tangible time frame

JAKARTA — The Indonesian government has walked back its denial that deforestation for coal mines exacerbated recently deadly flooding in southern Borneo, saying it will now push to rehabilitate abandoned mining pits.
But the damage from decades of industrial expansion across the once-forested landscape of South Kalimantan province is already be too extensive for a return to nature, an activist says.

The floods in mid-January, which displaced more than 113,000 people in 11 of 13 districts across the province and claimed 24 lives, have been declared the worst in five decades. A government agency has estimated the economic cost of the disaster at 1.3 trillion rupiah ($96 million), or about a fifth of the South Kalimantan government’s annual budget.

Activists attributed the scale of the flooding to the widespread degradation of the watershed of the Barito and other rivers, with much of the area cleared for mining and oil palm concessions. But the government initially pushed back, with the environment minister calling this “misinformation” fed by “invalid data deliberately pushed by some parties.”

Now, however, the government says it has identified large areas of degraded land that encompass coal-mining concessions and illegal mines. It says these areas need to be rehabilitated in a bid to mitigate future floods.
“We know exactly the size of concessions and how much of them have been degraded,”

M.S. Karliansyah, the environment ministry’s head of environmental degradation mitigation and control, said in a recent online press conference. “Therefore, we will immediately ask for these reclamation responsibilities to be carried out until completion.”

He added that more than 20 mining companies had been ordered to speed up the rehabilitation of exhausted mines, which is required by law. The ministry has also identified 30,727 hectares (75,900 acres) of abandoned illegal mines in South Kalimantan, which Karliansyah said would have to be “fixed immediately.”

A map and images of flooded areas in South Kalimantan province, Indonesia, in January 2021. Image courtesy of the Ministry of Environment and Ministry.

Wide swaths of forest and scrubland have been destroyed for open-pit coal mines across South Kalimantan. The removal of vegetation and soil undermines the land’s ability to absorb rainwater, and the silting of rivers by the earth displaced during mining makes them shallower and more likely to overflow.

Isharwanto, the head of the provincial mining department, acknowledged that mining activity can exacerbate flooding “if the management is not right,” adding that his office is “now monitoring mining activities closely.”

These coal mining activities have also left at least 196 pits throughout the province, according to data from the province’s mining agency. An analysis by NGO Auriga shows that these mining pits have left 22,366 hectares (55,200 acres) of gaping holes, the size of 15 million parking lots.

The Mining Advocacy Network (Jatam), an independent watchdog, says there are 814 abandoned mining pits in South Kalimantan, against just 196 reported by the provincial mining department. Jatam coordinator Merah Johansyah attributed this difference to the fact that the department relies only on data submitted by companies, whereas the NGO used satellite images and ground checking.

Dedi Mulyadi, the deputy chair of the parliamentary committee that oversees environmental issues, also called for a crackdown on illegal mines, saying they currently occupied 84,172 hectares (208,000 acres) of land in South Kalimantan. “One of [the impacts] is flooding,” Dedi said.

Karliansyah from the environment ministry said a presidential regulation would soon be issued to speed up the rehabilitation efforts, including for artisanal mines. 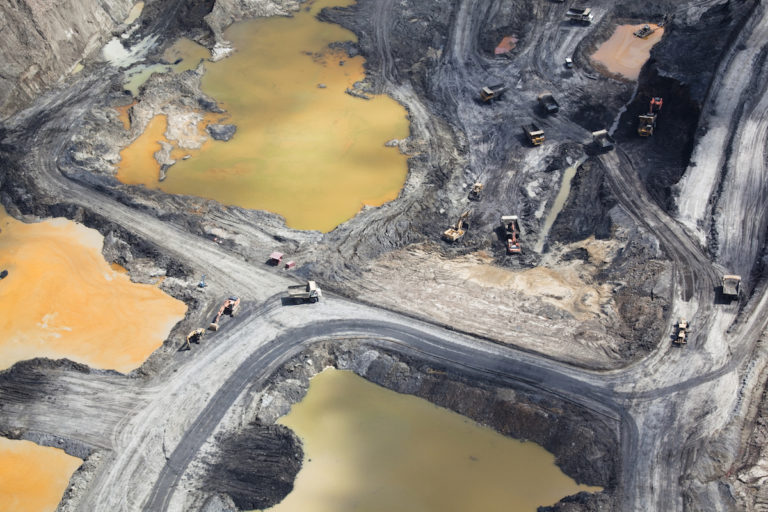 Aerial view of the PT Borneo Indobara coal mine in South Kalimantan, part of Indonesian Borneo. Photo by Daniel Beltran/Greenpeace.

Despite the environment minister’s initial refusal to acknowledge how deforestation in the watershed of the Barito River and other waterways contributed to last month’s flooding, the ministry’s own data paints a dire picture. A recent analysis of the data shows the watershed lost 62.8% of its natural forests in the last three decades, from 737,758 hectares (1.8 million acres) in 1990 to 274,277 hectares (677,700 acres) by 2019.

The problem extends beyond South Kalimantan and into the three other Bornean provinces through which the Barito runs. According to the ministry’s data, only 32.4% of the Barito’s watershed area in all four provinces still functions well as a water catchment.

“Based on the evaluation, the ecological infrastructure condition, which is the environmental service of water management [in the watershed area], is no longer adequate so that it can’t contain incoming water flow [from heavy rains],” Karliansyah said.

The environment minister, Siti Nurbaya Bakar, said her office had started rehabilitating the watershed area in South Kalimantan five years earlier. As a result, she said, deforestation rates in the watershed area have been stable since then.

The fact that the ministry is already working on reforestation of the watershed and now planning to compel mining companies to rehabilitate their sites is tacit acknowledgement of the link between deforestation and flooding, said Jatam’s Merah.

“The ministry defended the companies” by initially denying this link, he said. “And their arguments now contradict each other.” 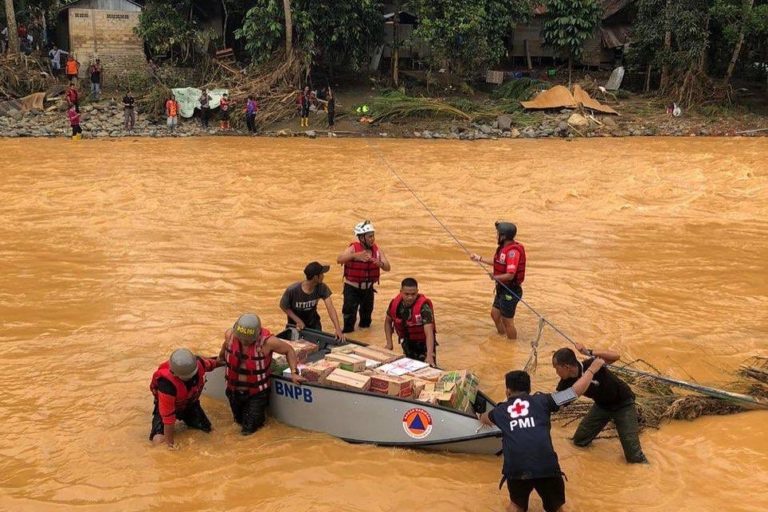 Merah added that rehabilitation plans alone won’t be enough as long as companies can continue operating and mining in critical areas with important ecological functions, such as watersheds. He called for more radical action from the government, including a sweeping review on business licenses and revocation of those in critical areas.

He also pointed out a long-held criticism of the rehabilitation requirement: that it’s widely considered unrealistic.

Indonesian law states that mining companies must restore the sites they have finished mining to the “original condition” of the landscape. But experts agree that, even in the best-case scenarios, this is something that can’t be supported by the current science on mine rehabilitation.

Open-pit mining is particularly destructive, and once the damage is done, the landscape is rendered inhospitable for wildlife and native vegetation, Merah said.

“The biodiversity is already gone” by the time companies finish mining, Merah said. “So how do you restore this biodiversity? Once a local endemic tree species is gone [due to mining], how do you get it back?”

Even intensive restoration management interventions, such as repairing the soil and planting tree species that grow well in degraded soil, like sengon and acacia, can’t guarantee ecosystem recovery to pre-mining levels, he said.

The unique mix of invertebrates, microorganisms and nutrients that allow native vegetation to thrive and provide a habitat for Borneo’s wildlife can never be entirely restored once the land has been cleared and the soil trucked away. A study by restoration ecologists from Yale University and Tropenbos Indonesia on post-mining rehabilitation efforts in East Kalimantan province show that with the current state of technology, restoring forests on abandoned coal mines is unrealistic in any tangible time frame, even in the best-case scenarios.

In the reported cases of “successful” rehabilitation, the restored ecosystem is a highly simplified version of what existed before mining, the study found. It called for coal mining to be limited where possible to slow ecosystem degradation.

“Mining activities in Borneo have to be stopped,” Merah said. “Borneo is already destroyed by mining activities, which can’t be allowed to continue because restoring the ecosystem even in the smallest area is very difficult.