Conflict between humans and wildlife is one of the greatest threats to the survival of endangered species throughout the world, including orangutans.

While this conflict isn't new, it's becoming an increasing concern due to dwindling resources and a soaring human population.

Human-wildlife conflict occurs when the needs of wildlife overlap with those of humans, creating costs for both residents and wild animals. Although they occur in both rural and urban settings, human-wildlife conflicts usually occur in rural areas adjacent to protected areas, where wildlife is abundant and often moves into nearby land cultivated into fields or grazing areas (Distefano, 2005). The implications for both wildlife and humans during such encounters are immense. Authors have shown that species most exposed to conflict are more prone to extinction, as a result of high occurrences of injury and death (Ogada et al, 2003), either accidentally, in road traffic or railway accidents, getting caught in snares or falling in to farm wells, or intentionally, caused by trapping, poisoning or retaliatory shootings, and such extinctions or population changes are shown to have huge impacts on broader ecosystems and biodiversity protection. Humans in conflict areas are also at risk of exposure to zoonotic diseases, injury or death from wildlife, and can suffer severe economic losses through damage to property, infrastructure, and livestock (Distefano, 2005). 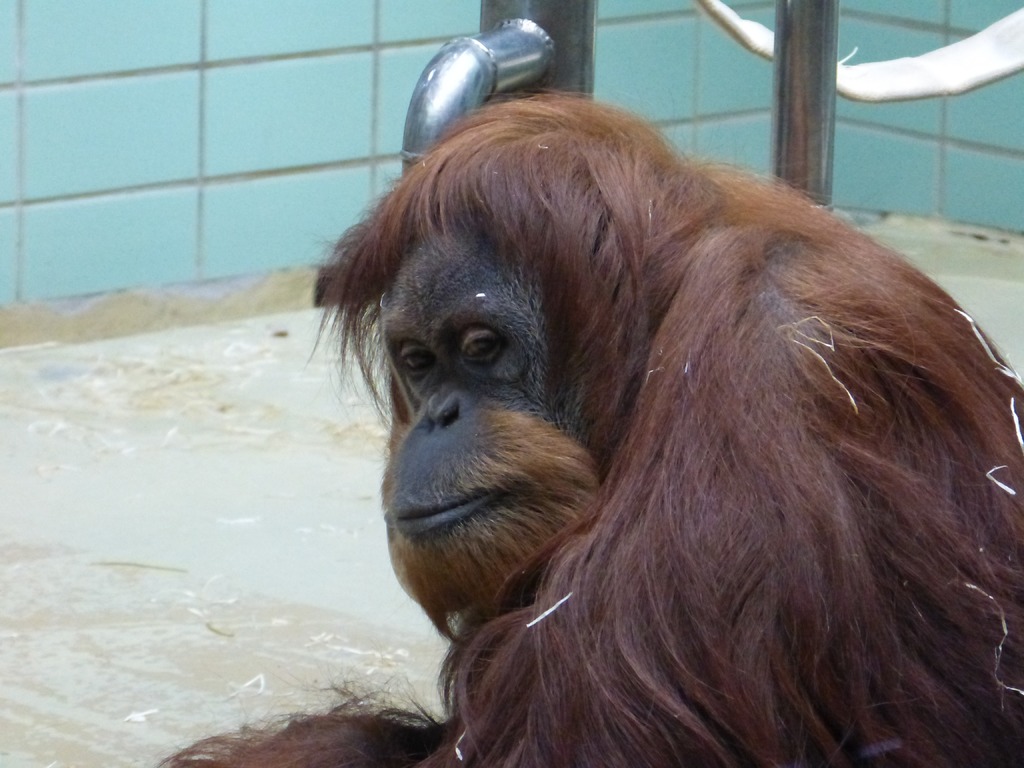 Although human-wildlife conflicts are more intense in the tropics and developing countries, they occur all over the world. The reasons for human-wildlife conflicts vary from place to place, but are generally a symptom of global trends - a combination of large increases in human populations, land use transformation, habitat loss, habitat degradation, the growing interest in ecotourism and increasing public access to nature reserves, increasing livestock populations, increasing wildlife populations as a result of conservation measures, climate change, migrations of people for security reasons and human attitudes and beliefs (Distefano, 2005; Lamarque et al, 2008).  The most important factor and the one that drives all others is population growth. In 1950, the total world population was 2,556,000,053 people, which had grown to 4,453, 831,714 by 1980. In 2010, it stood at 6,848, 932,929, and is predicted to reach 7,584,821,144 by 2020 (US Census Bureau, 2011). Such a dramatic increase in the number of humans has seen a corresponding increase in rates of deforestation and land use transformation, like forests, savannahs and other ecosystems are converted into agricultural and urban areas, to meet increasing demands for land, food, energy and raw materials (Distefano, 2005). Such land transformation not only leads to a decrease in wildlife populations but brings remaining wildlife into closer contact with humans. Human population growth in the Canadian province of British Colombia in the last few years, for example, is correlated proportionally with the numbers of encounters and serious incidents with cougars, black bears and grizzly bears; and between 1997 and 2009, 55 people and 15 Sumatran tigers have been killed in conflicts around pulp and paper plantations in formerly forested land in the Riau province of the island (WWF, 2009). Such conflicts are not unique in Sumatra or anywhere else in Indonesia.

A common consequence of habitat loss due to agricultural encroachment is a shift in forest species toward exploiting human habitations and agricultural land to supplement their diminishing natural food supply (Hadisiswoyo, 2008), and few species are as adept at this as primates, which, due to their intelligence, adaptability and highly opportunistic nature, are viewed as a serious agricultural pest throughout their range (Else, 1991).

Throughout the islands of Borneo and Sumatra, prime orangutan habitat has been converted to logging concessions, pulp, and paper plantations, mines and agricultural plantations, particularly for the cultivation of rubber and palm oil. Such habitat loss and fragmentation has been devastating to orangutan populations, with the acceleration of palm oil plantations having dramatically increased incidents of direct conflict between orangutans and humans (Yuwono et. al., 2007), as orangutans are forced out of degraded forest into plantations in search of food. Although tolerance of orangutan crop raiding varies from plantation to plantation, increasing human-orangutan conflicts ultimately results in an increase in killing orangutans, and often an increase in poaching for the illegal pet trade. It has been observed that poaching and trade is particularly common in areas where plantations are being developed, and, despite being legally protected in Indonesia, orangutans are increasingly being regarded as crop-raiding pests, and being illegally killed (Hadisiswoyo, 2008).

In Sumatra, which has one of the highest deforestation rates in the tropics (Campbell-Smith et. al., 2011), forest conversion and a corresponding increase in human-orangutan conflict has been severe, particularly in areas around the Gunung Leuser National Park in North Sumatra, where orangutans have been forced into fragmented patches of forests surrounded by agricultural plantations (Hadisiswoyo, 2008). Orangutans can eat around 300 young oil palms in just two days at a cost of around $2 per tree (Hadisiswoyo, 2008), a huge economic loss for an agricultural farmer in that part of the world.

To mitigate these problems, OURF, working with our partners in Sumatra, has established the Mobile Education and Conservation Unit (MECU), a program aimed at educating local people about orangutan issues and reducing conflict, by improving agro-forestry techniques and current farming methods. The work, however, is not easy. Although human-wildlife conflicts are present in nearly all rural villages, the form they take, the species involved and the village’s perception of the problem varies.

During a two year study in to orangutan-human conflicts in two districts in North Sumatra, between February 2007 to February 2009, researchers discovered that in one of the districts, Batang Serangan, which contained an orangutan population of 16 individuals, 56% of survey respondents reported problems with orangutans, and orangutans were ranked as the third most frequent crop pest entering farmlands, being the fourth most destructive. They were also regarded as the most feared species in the district Campbell-Smith, 2010.

In the second district, Sidiangkat, which contained an orangutan population of 134 individuals, there were, however, no reports of crop-raiding orangutans, with wild boar, pig-tailed macaques, and civet cats being the most problematic species. However, like Batang Serangan, orangutans were again considered the most feared animal in this district (ibid).

Throughout both districts, 97% of respondents claimed to have never caught an orangutan, and 83% knew that such an act would be illegal. However, of the 3% that claimed to have caught an orangutan, 64% said it was in retribution for crop raiding, with 18% saying it was to keep it as a pet, 14% catching it for food, and 4% saying it was caught to be sold in the pet trade (ibid).

The study also found that local people’s tolerance of orangutans, and most likely other wildlife, was highly influenced by how much of a threat they considered them to be to their personal safety, with 29% of respondents claiming that orangutans were dangerous, with 31% stating this was because of their large size, 26% stating it was their ability to chase and capture humans, 13% saying they could bite a person, 12% of respondents highlighting their aggressive nature, and 18% attributing it to longstanding local legends. Although respondents most often showed benign tolerance toward orangutans, this changed if there was ever a threat to themselves or their families’ safety, when a more direct approach would be taken to remove the orangutan from their plantation or village. Although 98% of respondents agreed that orangutans should be protected under Indonesian law, many felt that they did not get the support they needed from local forestry officials, village heads or NGO’s to deal with the problem (Campbell-Smith, 2010).

These findings were corroborated by a separate survey in seven nearby villages surrounding the Gunung Leuser National Park, which found that local people perceived orangutans as crop raiders, and that, while they were not the most problematic, they were the most feared, considered dangerous due to their large size. While local people had concerns about the amount of fruit such a large-bodied animal could potentially consume, a large number were still emphatic in their belief that orangutans were a protected species, and that their protection was important, and although farmers in this survey took more active measures to protect their crops, this usually amounted to shouting and throwing, with shooting an infrequently used method (Hadisiswoyo, 2008).

Surprisingly, most respondents in this survey reported that orangutans do not raid palm oil plantations, and were instead most problematic in areas with rubber and jackfruit trees. While this is possibly due to Sumatran orangutans being strictly arboreal, and not being able to move from tree to tree in palm oil plantations without descending to the ground, it nevertheless highlights the variations in orangutan behavior from place to place.

Farmers in this area also highlighted the difficulties in driving orangutans from their plantations, partly because of their known protected status and a desire not to get in to trouble, but also because the orangutans isolated status meant driving an orangutan from one plantation would simply force them on to another, most likely owned by a neighboring farmer. Unless orangutans could be relocated to a wild area, any dispersal methods would be considered a selfish act against another farmer (Hadisiswoyo, 2008).

Addressing these issues, and balancing the needs of wildlife with the needs and reasonable expectation of local people, is one of the most complex and difficult aspects of orangutan conservation. Halting the conversion of tropical forests to plantations must remain the priority, but in areas already degraded, local people need stronger support from local forestry officials and NGO’s to deal with orangutans and other crop raiders on their plantations, and education and improved farming techniques to make better use of, and to better protect, their farms. It is hoped that with continued research and OURF’s developing conservation and education initiatives the incidence of conflict can be reduced, and the orangutans and people of Sumatra and Borneo can coexist peacefully.

Else, J.G. (1991). Nonhuman primates as pets. In Primates response to emotional change. London, Chapman and Hall.