JAKARTA — Fully protecting Indonesia’s remaining peatlands and mangroves is the key to achieving the government’s goal of cutting greenhouse gas emissions by the end of the decade — and then some.

That’s the finding from a new study by researchers from Indonesia, Japan and the U.S., published Nov. 9 in the journal Environmental Research Letters. It estimated that a moratorium on all wetland clearing could potentially increase carbon sequestration and storage by up to 1,001 million metric tons of carbon dioxide equivalent, or MtCO2e, per year. That’s double the emissions reduction target from the forestry and other land use sector, or FOLU, that Indonesia committed to when it signed up to the Paris climate agreement. Adding dryland protection into the equation, the estimated potential goes up to 1,302 MtCO2e annually, the study says.

“We hope the insights coming out of this can support the government in prioritizing its climate mitigation from the FOLU sector,” she added. 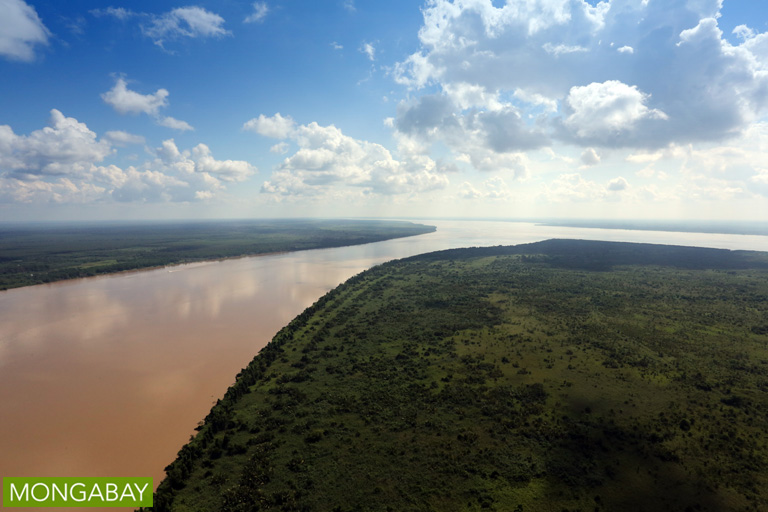 Coastal peatland in Riau province on the island of Sumatra. Image by Rhett A. Butler/Mongabay.

The Indonesian environment ministry has committed to reducing emissions from the FOLU sector by 500 MtCO2e by 2030. Indonesia’s overall emissions reduction target under the Paris Agreement, aimed at keeping global temperatures at less than 2° Celsius (3.6° Fahrenheit) above pre-industrial levels, is 31.8% by 2030 against the business-as-usual trajectory, or 43.2% with support from the international community.

Its plans for achieving this include increasing the share of renewable power in the national energy mix from 7.4 gigawatts at present to 20.9 GW; increasing the annual growth rate of natural forests from 0.71 to 0.98 metric tons of carbon per hectare per year; and reducing deforestation while increasing reforestation. In addition, the government is also targeting the restoration of 1.6 million hectares (4 million acres) of peatlands and rehabilitation of 50,000 hectares (nearly 124,000 acres) of mangroves by 2024.

Those efforts on their own, however, would still be “highly insufficient” to meet the Paris Agreement target, according to global research coalition Climate Action Tracker (CAT). It estimates that Indonesia’s annual greenhouse emissions during that period could reach up to 1,805 MtCO2e — much higher than its Paris-committed cap of 1,000 MtCO2e per year.

To achieve the maximum mitigation potential of natural climate solutions, the latest study recommends that the government expand its permanent moratorium on primary forests and peatlands to include secondary forests, which cover an area of 42.8 million hectares (105.8 million acres), and mangroves. The researchers also called for more funding to protect forests and peatlands. These currently contribute about 40% of total national emissions, yet receive only 2 trillion rupiah ($128 million) for various low-carbon initiatives, compared to 14 trillion rupiah ($893 million) for transportation and 6 trillion rupiah ($383 million) for power generation. The researchers say there also needs to be improved data coordination and monitoring systems to establish efficient and timely monitoring, management and protection of forested areas.

“We believe that the [natural climate solutions] can provide a large portion of the climate mitigation needed to help Indonesia tackle climate change in compliance with the Paris Agreement,” Nisa said. 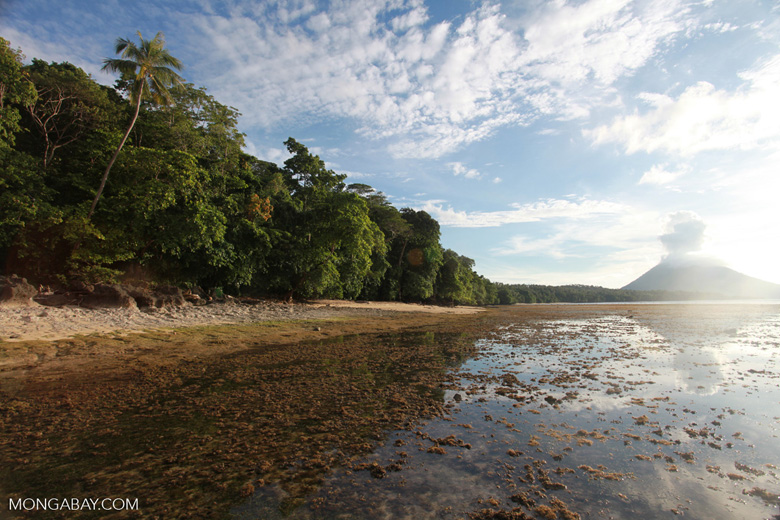 Coastal mangrove forest near the Manado Tua volcano off the island of Sulawesi. Image by Rhett A. Butler/Mongabay.

All in all, the authors noted, protecting and conserving existing ecosystems has a higher mitigation potential than restoring degraded ones. Natural climate solutions, if implemented properly, could also be a key tool in Indonesia’s economic recovery efforts from the impacts of the COVID-19 pandemic, the researchers added.

“NCS needs optimal funding to scale up the proven activities already done by many stakeholders,” Nisa said. “Expanding the current moratorium to secondary forest will increase the forest capacity to sink the carbon faster and to ensure the target achievement of the moratorium.”

This article was written by Basten Gokkon on December 13th, 2022 and posted on MongaBay's website: