The Silence of the Night

By Becky Keller, Orangutan Coach.  It's late at night. I want to go mail a card so it will go out first thing in the morning. Driving at night is not my favorite thing. But it is a cool summer night so I get in the car. As I start driving, I roll down the windows. I had not gone far before I began to feel the night surrounding me. Strange. It felt like the times, growing up, when my family would go on vacation in a little place called Cyclone, Missouri. I think it was named that because a long time ago, a cyclone (weather pattern) blew through and destroyed the town as it stood at the time. When we were going there, it really wasn't a town. It was just a campsite to us. There were a few cabins or houses around but the part where we went was just an undeveloped camping area…very undeveloped. No toilet facilities, no showers, not even trash bins. It was a Creek, and the place was called “Cyclone”. 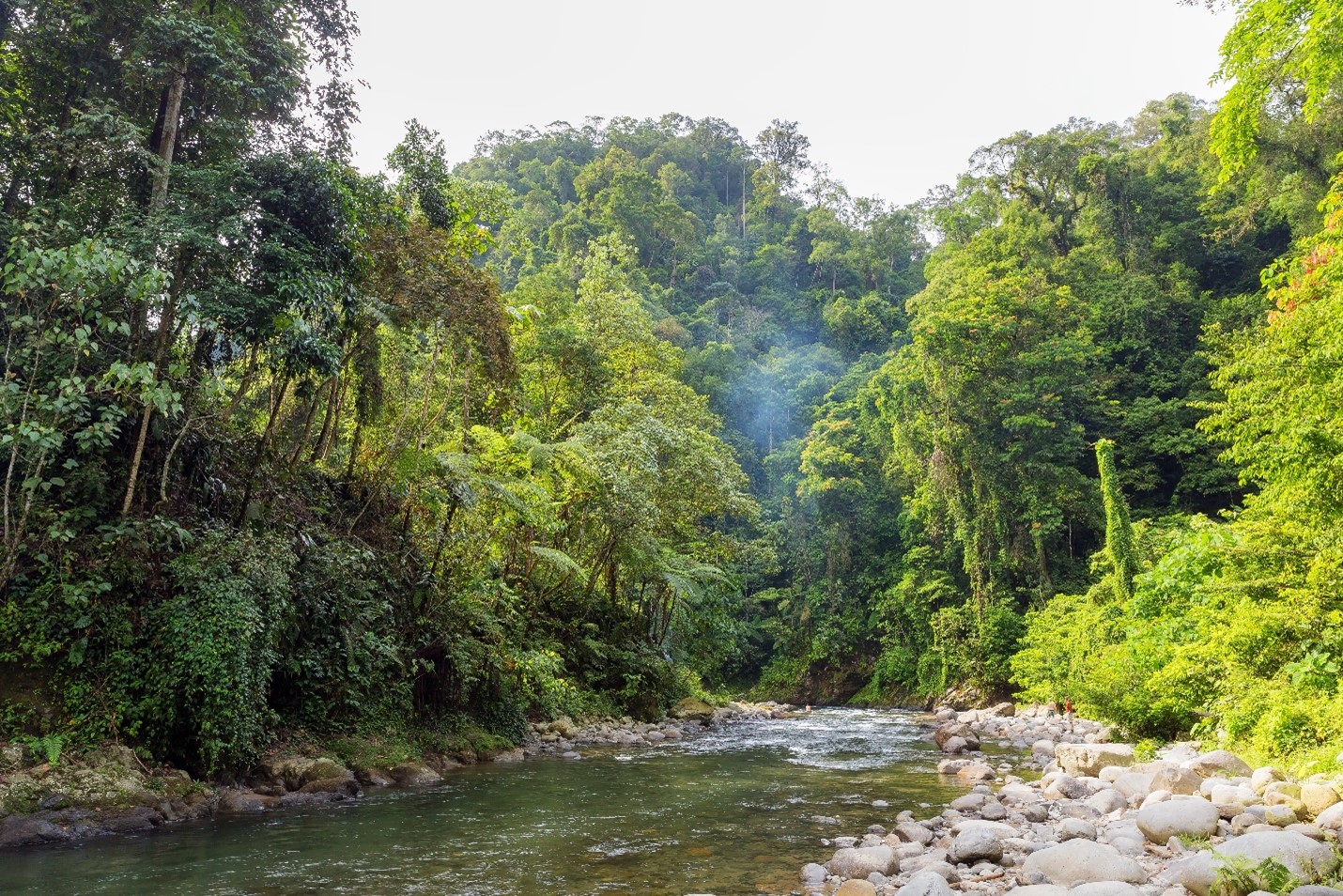 I remember driving into the camping area slower than usual. It was always dark and late at night when we arrived at Cyclone. During the road trip there, I always seemed to fall asleep. But hearing the slow and quiet crunch of our tires on those rocks awakened me like an alarm clock. It meant we had arrived. Our long ride was complete.

We drove in slowly seemingly both to be careful as to where we were driving (it was lit only if there happened to be a bright moon in the sky at the time) and because my dad (who was usually driving by this time) was carefully trying to maneuver around large rocks and trees that when illuminated in our headlights, appeared to suddenly jump in front of our car. There were also a few tents that were already set up in out-of-the-way places. Campsites were not “assigned” as they are in most Parks and campsites today. You could suddenly come upon a tent with sleeping people as you turned to the side to go around a tree. It seemed as if we were creeping in, and we didn't want to wake up anybody that might be sleeping. Driving slowly appeared to be a universal rule to anyone coming in late to that campsite. That basic respect to whoever may be laying there in the silence of the night was provided the same as if they were already your friend of many bygone years. You would most likely find they were your neighbors when the sun came up the next morning.

I usually awoke just in time to hear the sounds of integrity in the voice of my Dad apologizing to the unseen strangers he would befriend the next day. He didn't know them. He didn't even see them, but it seemed to me like he treated them the way he would want to be treated if he were asleep in one of those tents that suddenly appeared in our headlights. Hearing my dad quietly apologize by saying “sorry” to no one in particular when he realized our car headlights had suddenly lit up someone’s tent in the black of the night later contributed to my life lessons in learning about integrity. The unspoken education to do the right thing even when no one's looking. Apologizing to the Universe somehow seemed the right thing to do since to wake people up at that hour to apologize would have meant almost certain confusion and ticking off our neighbors for even the weekend. So unknown to me, I was learning to do the right thing when no one was watching.
My Dad didn't know those people on which his lights had shined. Even though he couldn't see them, there was an unspoken rule that said respect and kindness were due and disturbance was to be avoided at all costs. I remember lying in our own tent many nights and hearing other cars crunch their wheels on the rocks as they too drove slowly in to set up their camp for the first night. Sometimes we met those we had heard the next day and sometimes we didn't. I always wondered though if there were kids like me in the car, who they were, if I would get to meet new friends, or have new adventures. Every camping trip to Cyclone was an opportunity to learn something new – whether it was to “get along” and be polite with strangers, learn how to bathe in the creek or learn how to respectfully share and care for nature in all its original, minimalistic “natural state”.

Fun awaited me and my siblings at the break of dawn. Where we camped was mainly rocks or small pebbles. There were a lot of trees and some grass where we pitched our tent. Between our tent and the creek where we did everything from shower, swim, and pull water for cooking were pebbles and rocks. That constant walk to both fun and subsistence meant the use of old shoes or thongs we saved each year just for “wearing to the creek”. Footwear was both necessary and helpful for the protection of our feet. The creek bed was also made of stones but in the fun of water adventures and the buoyance of the water, it wasn’t quite as noticeable.

I remember Cyclone as a somewhat magical place. A place to explore caves hidden in the hills, discover new bugs on the underside of rocks and figure out (the hard way) which plant was poison ivy by how much we “itched” later that night after putting pink caladryl calamine lotion all over our red, patchy arms and legs. (Yuck!) We went there probably three times a year for camping. Memorial Day, a two-week summer vacation and then Labor Day. We went so many years that we had a set of friends there who missed us if didn’t show up at our usual time. There was a connection there that felt both comfortable and safe. We went to church there on Sundays and were always greeted like long-lost friends. They expected to see us.

So on this night when I rolled down my car windows, smelled the night air of quiet and started driving to the post office, a strange calm came over me like a warm blanket. There were very few streetlights and no other cars coming towards me on the road. It felt almost pitch black – like driving into Cyclone late at night after we had driven all the way from our home in Oklahoma to our campsite in Cyclone, Missouri. I heard the silence of the night driving to the Post Office but felt the same comfort and safety as if my family was driving over the stones and pebbles to get to our campsite. Strange. I hadn’t felt that in a long time. It was nice. Even though I was driving by myself late at night in an urban city in California where anything can and does happen – that familiar feeling of comfort embraced me. I wanted to hold on to that feeling. I liked it.

I remember walking in the rainforest in Borneo and getting that feeling. We had stayed in the forest long enough to watch the orangutan that we had been following that day make a night nest. This usually would have been maybe four or 5 o'clock late afternoon. In Borneo, that hour was not necessarily dark – but it was dusk. It was the time when orangutans innately knew and decided it was the end of their day. At the end of their day, they made a night nest that they would use as their bed and sleep in that evening. There was usually no more activity to observe so we as volunteers taking research notes would be finished with our daily observations. It was time to start back to camp for the night as we knew we wanted to get up the next morning and go back to that same nest to be there when the orangutans woke up the next morning. We then followed them the next day, taking careful notes regarding their behavior, where they traveled, what they ate, and whatever else we saw them do during their daily activities. That’s how we humans learn about orangutans and other animals who stay and live in their native habitat. We observe them where they naturally exist – again and again.

So that night, after the orangutan which we had been following decided to make her night nest, the Indonesian guides who had skillfully led us into the forest proceeded to lead us back out of the forest. Thank goodness for Indonesian guides! As we walked back to camp through the bountiful trees of the forest whose dense canopy high above made us quickly realize that darkness was upon us, our flashlights became very important. But more important was the familiarity of the Guides with those trees and the confidence with which they guided us back safely. They somehow knew in which direction to take us. To me…suddenly those trees and other vegetation all looked the same…or maybe different. I was no longer sure. But for some reason, I was not worried. I embraced the confidence of our guides just as I had unknowingly embraced the confidence and learned about integrity from my parents when we went camping.

Both humans and non-human animals need guides throughout their lives. It is the way information and ideas are passed down. It is a way to learn.

Asking for help; asking someone to be your guide is a sign of strength. It says you are ready to learn something new – to learn a new way of thinking or doing that will facilitate growth in you, your family, your organization, your community. It can be a way of getting “un-stuck”. YOU, finding the right guide can be the key to finding your purpose for the next phase of your life. Having the confidence to reach out means you are ready for a change.

Listen to the silence of your night. Sometimes it's loud, sometimes it's a quiet whisper. Look carefully through the darkness of the night. Things can suddenly appear and you will see the light. Ideas will bloom the next day. New adventures may begin. I encourage you to pay attention to those times. Listening to the silence of the night, you can hear a lot. You can learn even more. Have confidence and follow your guide.